Home / Ruth O’Neil – Pregnancy with and without a stoma

Ruth O’Neil – Pregnancy with and without a stoma

I was diagnosed with Ulcerative Colitis many years after the first symptoms of bloody diarrhoea, weight loss, lethargy and often visiting the toilet up to thirty times a day appeared suddenly when I was nine years old. I grew up taking minimum oral medication and struggling with bouts of the disease and feeling either OK or very poorly until the age of 23 when I worked with a nutritional company and used their products to gain better health. In fact, I had almost five years of great wellbeing and no symptoms of the bowel disease, which was amazing and allowed me to travel, work hard, live life to the full and forget that the disease had ever affected my life.

Within six weeks of being married, I was happily pregnant and I had a fabulous nine months and normal vaginal delivery. My daughter was healthy and I was able to breast feed and work part time from home around her routine, within days of her birth. I first noticed the symptoms of U.C returning when she was 7 months old and I was devastated and scared. I took more nutritional products but I think the feeding and pregnancy had taken it out of my body and the U.C came back with a vengeance. I was hospitalised quickly as I was dehydrated and very poorly. It was hard being away from my daughter and I felt like a failure. I was starved for 3 weeks and on a drip to rest my bowel and then after more investigation, told that I needed an Ileostomy urgently as my colon was breaking down. I know that surgery saved my life – it was a choice whether to have a stoma or have a good chance of not seeing my daughter grow up, so of course it was an easy decision. That doesn’t always means it’s been an easy decision to live with since then, but on the whole, it is better for me to live to share my story.

Being pregnant and having a stoma

In that first surgery, they left the part of my colon that sits behind my uterus, as the less disturbance it had, the better the chances were for future pregnancy. A few years later, I became pregnant again and this time with my stoma (who I call Flo). The whole pregnancy was fairly routine and I was kept a close eye on by my midwife and the hospital. I did find the pregnancy a little different with a stoma, I was more careful about what I ate to avoid blockages and I kept taking many nutritional products, but not in tablet form as before, but instead as liquids, especially the type that can be absorbed under the tongue. When I was found to be anaemic, I decided to change my diet to iron-rich foods instead of taking the prescribed Ferrous Sulphate, as that can cause constipation and I wanted to make life as easy as possible for my small intestine and Flo. I drank many rehydration drinks and rested as much as possible around my daughter and work.

At that time, I was also very secretive about having a stoma and it was only very close friends and family that knew about my surgery. This was mainly due to my deep feelings of shame and also a want and need to still feel attractive and not judged by people (which I have since come to terms with). I was very conscious about my stoma bag protruding on my bump and when people came up to me (sometimes total strangers) and wanted to feel or touch my large pregnant belly, I would put my right hand over my stoma bag, so they were forced to feel only the left hand side. When my friend (who was also a Midwife) asked in front of many mutual friends if she could see how the baby was lying (as I had been told the baby was presenting breech), I was so scared of everybody finding out. The group were all wanting me to lift my top and see my bump, but I wouldn’t. I said she could do it over my jumper (I had planned my pregnancy well so that I would give birth when it was cooler, so I could wear many layers to hide my bag). She was so sensitive when she moved her hands over my bag, she whispered “what’s that?” To me in my ear and I answered “That’s just me”. She seemed to understand and gave me a knowing smile, yet never mentioned it to me. I was a different person back then. I was scared of people knowing about Flo and I was as embarrassed about my stoma as I had been as a child and young adult about the U.C.

I went into labour quite unexpectedly 12 days early and as I was bleeding slightly, I was asked to go straight into hospital so they could check everything was going OK. I was having a healthy pregnancy, but this time I also had a four year old to care for, a stoma and still some disease that was in the colon they had left intact, so I was easily tired. I was up all night in labour and my energy levels were very low. The biggest difference with this labour to my first one was that I was lying down as I was so tired, previously I gave birth to my daughter whilst kneeling up at the head of the bed. Also, my husband held a pad against Flo to try to hold everything in place, so as not to herniate or have a prolapse. My son was born vaginally like my daughter and was also healthy. My scar from my surgery that was six or seven inches and through my belly button had stretched, but with the help of breast feeding, gentle exercise and eating healthily, I got back to my original shape quite quickly and the scar settled down again. When my son was one year old, I decided to have the last part of colon removed (as well as my rectum and anus) so that I now have a permanent ileostomy and am disease free.

My children are now 14 and 9 1/2 and are two of the most amazing people I know. They are both bright and healthy and neither show any signs of immune disorders, which we are so grateful for. I have come to terms with my illness and surgery after separating with my husband and subsequently getting divorced (which was nothing to do with my surgery). Whilst that is not a recommended reason for having to look at oneself deeply and taking on personal work and reflection, it has been a huge milestone in my life to feel at ease with myself, my body and my history. I now help other people to get to a place of positive acceptance after stoma surgery, both as a volunteer at my local hospital, through one-to-one coaching and in the near future, running group workshops. I have dated and fallen in love with an amazing man who accepts me for all my life experiences that have made me who I am.

When you tell people that you want to become or that you are pregnant, they are often so happy to share their own horror stories of this time in their lives. Pregnancy with or without a stoma is different for everyone. My story is a positive one and I hope it can be the same for you too. 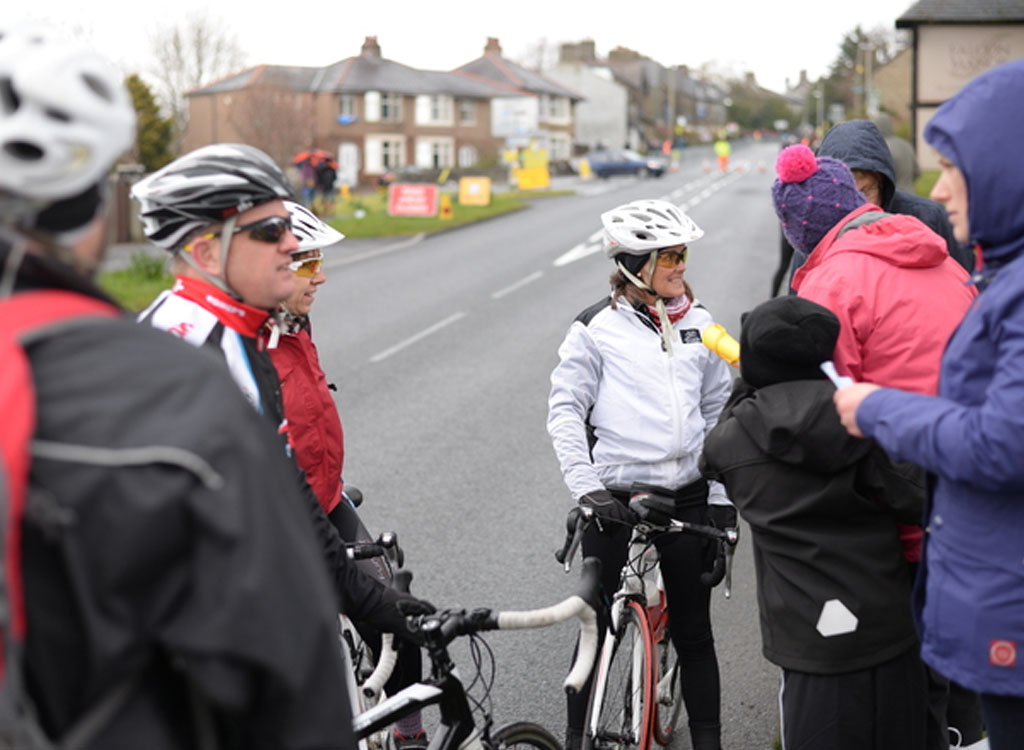 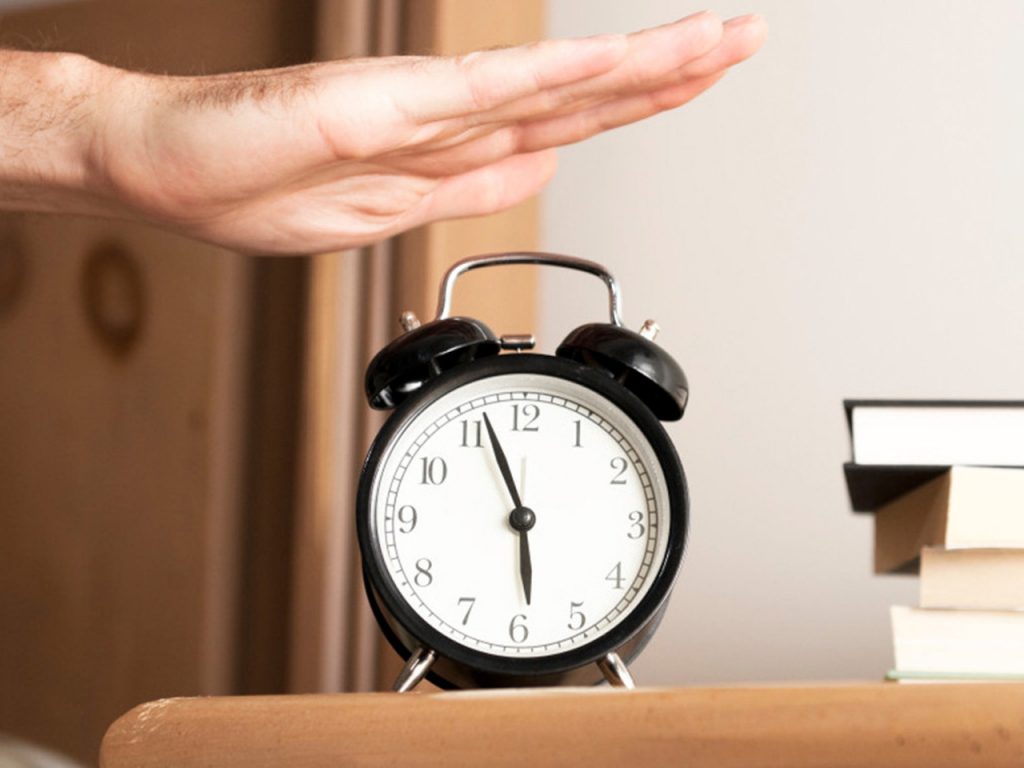 Back on the job 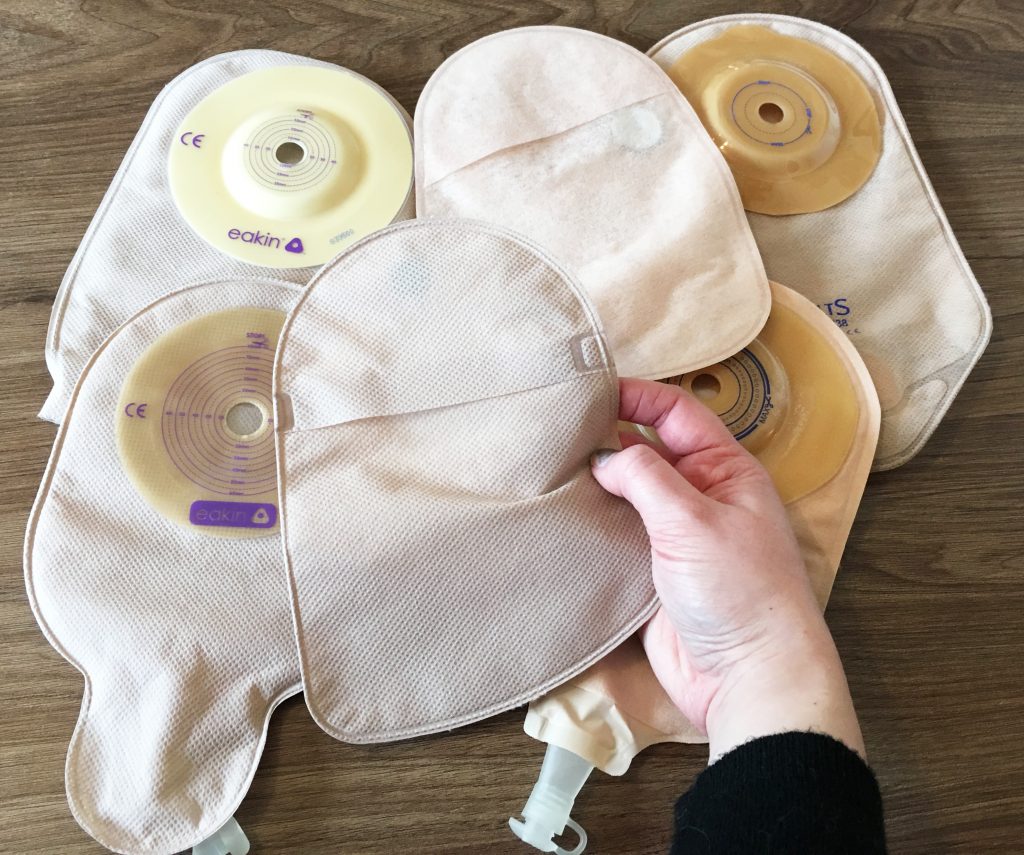 Placing an order for supplies