Home / What can a parent do?

What can a parent do?

To have a sick child is every parent’s worst nightmare. Of course, when your kids are little, you expect the common things but you certainly don’t expect your beautiful, independent, successful adult daughter to be struck down with an illness that will impact on her life (and yours!) well, let’s face it, forever.

The early signs and diagnosis

Laura was thirty when she first noticed blood in the toilet. To be honest, I don’t even remember the first time she told me – – – I don’t remember what I thought or how I felt. I had no idea of the impact this was going to have on all our lives. My experience of a blessed life in which nothing really ‘bad’ had ever happened, had allowed me to fall into the complacency in which I believed that nothing really bad ever would happen – and from this comes my number one tip: Never, ever take anything for granted! Always acknowledge and be grateful for all the wonderful, everyday beauty and joy in life . . . and live in the now.

I don’t even remember exactly how I felt when the Crohn’s disease diagnosis was made. I guess that was because, at the time, I had no idea what it actually meant. I knew nothing about it.

Balancing on the fine line

As Laura’s illness progressed and she went rapidly downhill with every possible hope presented ending in failure and every possible ‘side effect’ eventuating, I began walking the fine line. The fine line is a tightrope which, as a parent of a chronically ill child, irrespective of their age, you walk every day, never knowing when you’re going to fall; the fine line stretches out in front of you and you’re never sure which side of it you should be on; the fine line is the tautness of your nerves strung up inside.

One of my worst memory of ‘the bad years’ are the panic attacks. How could I be sleeping or wasting my time on something relatively trivial at work when Laura was so sick? Surely I should have been doing something to help her! The feeling of helplessness was SO overwhelming and it is very hard, as a parent, to accept that there are situations over which you simply have no control whatsoever. In retrospect (believe me, not at the time) it was a good lesson to learn – acceptance that you simply can’t fix everything and that there are things in life which just cannot be controlled. And so the fine line between carrying on as normal or falling in a heap. Surely, while everything inside me screamed out with desire to fall in a heap, the only way to help Laura was to continue on with life. She already apologised at every opportunity for ‘being a nuisance’, for impacting our lives so heavily, for all the things she couldn’t help and for which we placed no blame. Falling in a heap simply wasn’t an option!

What can a parent do?

The answer for me was simply to be there. This won’t be the answer for everyone I know; but I did every small thing I could: I attended every medical appointment, drove Laura everywhere, did shopping, did cleaning, sat with her through endless infusion processes, sat through and way beyond hospital visiting hours often while she slept. We did crosswords and jigsaws together, we laughed, we cried, I listened, I waited – I was there.

And in being there, came the next fine line: was it best to adopt the ‘soldier on’ approach or was it best to acknowledge her illness, encourage her to ‘let go’? Very often there wasn’t a choice: she would be so ill that giving in to it was the only option and then all I could do was offer care and understanding. Hand in hand with the illness itself comes the psychological impact: the anxiety and depression associated with a life in tatters seemed best addressed by the ‘soldier on’ approach, encouraging her to try to do things. But the anxiety that this caused was generally too great to even be considered as an option. So, the constant indecision as to which side of the fine line to take.

And then there were the times when we HAD to go places: trips in the car, knowing every possible toilet stop on the way but unsure whether to mention it as we approached, or to drive steadfastly on presuming that all was well. Was it best to engage her with idle chatter, distract her from her thoughts and anxieties as much as possible, or should I shut up and let her focus on some strategy she had taught herself to cope? Of course, there was no definitive answer, because it would be different every time, sometimes different every moment.

These choices seem so trivial when I write about them now – but at the time, when I was SO determined to do the right thing, to be the best I could be – they seemed imperative. Remember, just be constantly aware and do whatever seems best at the time – be in the moment and don’t be too hard on yourself. And there were bigger decisions too, of course. Decisions that were not mine but hers, but nonetheless, decisions in which we needed to have input.

When things were really bad, when we could no longer care for Laura at home, the decision to admit to hospital would seem obvious – but Laura never wanted to go and, of course, we didn’t want her to go either, and yet we did! The knowledge that she would be better cared for, have more pain relief, have immediate access to emergency care if needed . . . again, the fine line between relief and regret.

And then the ultimate decision: surgery or not. Obviously, this was not my decision – Laura had to make this decision about herself. Her husband had the next biggest input. Of course, not all Crohn’s sufferers have a choice, but Laura did – except that, in the end, there really was no choice because nothing else had worked. And my input – a fine line between being supportive without having an opinion, listening to the pros and cons, being another pair of ears when things were explained – very much a support role. And finally, the surgeries themselves: waiting, caring, being positive and simply just being there.

The present and the future:

Laura’s is a happy story (at least at this point). Since the surgery, she has had no major complications. I hardly ever think of myself now as the parent of a child with a chronic illness – I have reverted to my ‘blessed life’ complacency and I walk the positive side of the fine line. I hardly ever think about what could happen if the Crohn’s resurfaces in her small bowel (the only one she has now!) or in some other part of her digestive tract; I hardly ever think about the possible long-term side effects of immunosuppressant medication which she still takes as a preventative measure; I hardly ever think about the impact that having Crohn’s has on big life decisions like starting a family; I hardly ever think about the numerous complications that could occur, or about the fact that Crohn’s could manifest in other ways. It does not even occur to me to be anything other than supportive of and delighted with their plans for the future. Of course, I could choose to focus on the negatives, but what would be the point? Would I choose to have Laura living a life of what ifs? Would I choose to live that life myself? Of course I wouldn’t, and so I remind myself: Never, ever take anything for granted! Always acknowledge and be grateful for all the wonderful, everyday beauty and joy in life . . . and live in the now.

Of course I see that Laura is still painfully thin despite eating ‘normally’; I see that she tires easily despite trying to ‘soldier on’ regardless; I see that she sometimes chooses to eat and drink and behave in a way that may not be the best for her body; I especially see that, with good health now almost a normality, she sometimes forgets the importance of a stress-free, self-first existence – and when I see these things, while I celebrate the fact that she is now well enough to do them, of course I want to scream out to her – don’t forget, take care, look after yourself, don’t take risks . . . and just occasionally I still wake in the night and find that I have fallen on to the wrong side of the fine line . . .

Food related problems with your stoma 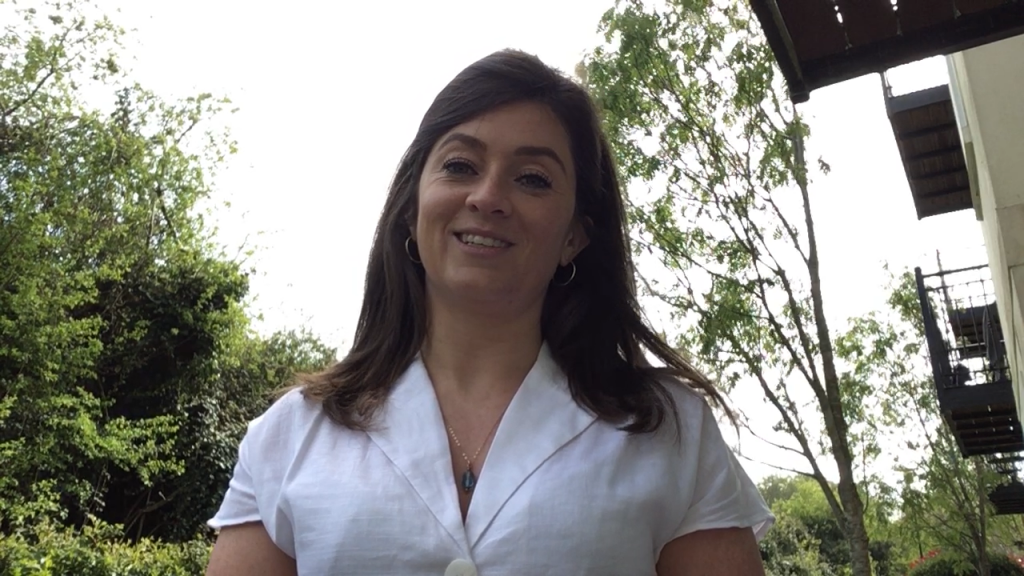 Interacting with Stoma Nurses during Covid-19